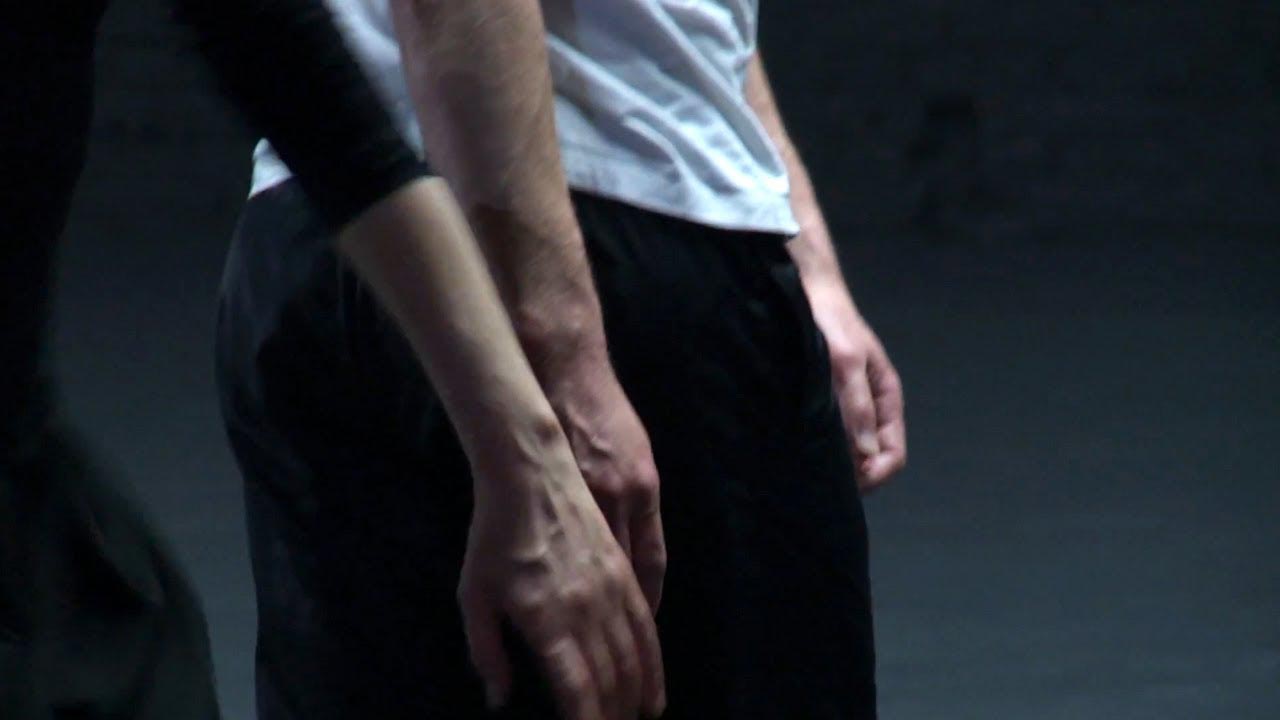 Partita 2 stems from a peculiar delight: what happens when two choreographers, famed for directing many bodies, rejoice in their love for their own dancing, which might be a greater urge for them than the choreographing they excel at? A collaboration of equals, to begin with, even if Anne Teresa De Keersmaeker creates a choreographic framework for this dancing duet, that is, a geometrical and architectural structure for the two bodies in space. “For me Bach is structure, but his transcending dimension is written in the flesh,” says De Keersmaeker. One of her recently developed principles, “my walking is my dancing,” helps the structure of Bach’s celebrated violin music emerge in dancing. A sense of thrift arises from deepening classical lines: l'Allemande will make us step, in la Courante we will run, in la Sarabande we will fold in various patterns, and the relentless Chaconne will let us run in circles jubilantly together!

In her opus of over forty pieces, De Keersmaeker had never composed a duet with a man in which she herself would dance. The encounter between Boris Charmatz and herself is an invitation to stray from De Keersmaeker’s meticulous construction together with the whimsical and boyish, and at times titanic improvisatory flights of Charmatz. The complementary duet breaks open with a third partner, the violinist Amandine Beyer (or, alternately, George Alexander van Dam), whose physical presence, like the fiddler on the street, sustains a humble sense of virtuosity. Configuring various situations of listening with and without watching, in silence or in music, enhances the experience of the bare force of the stage design by visual artist Michel François.