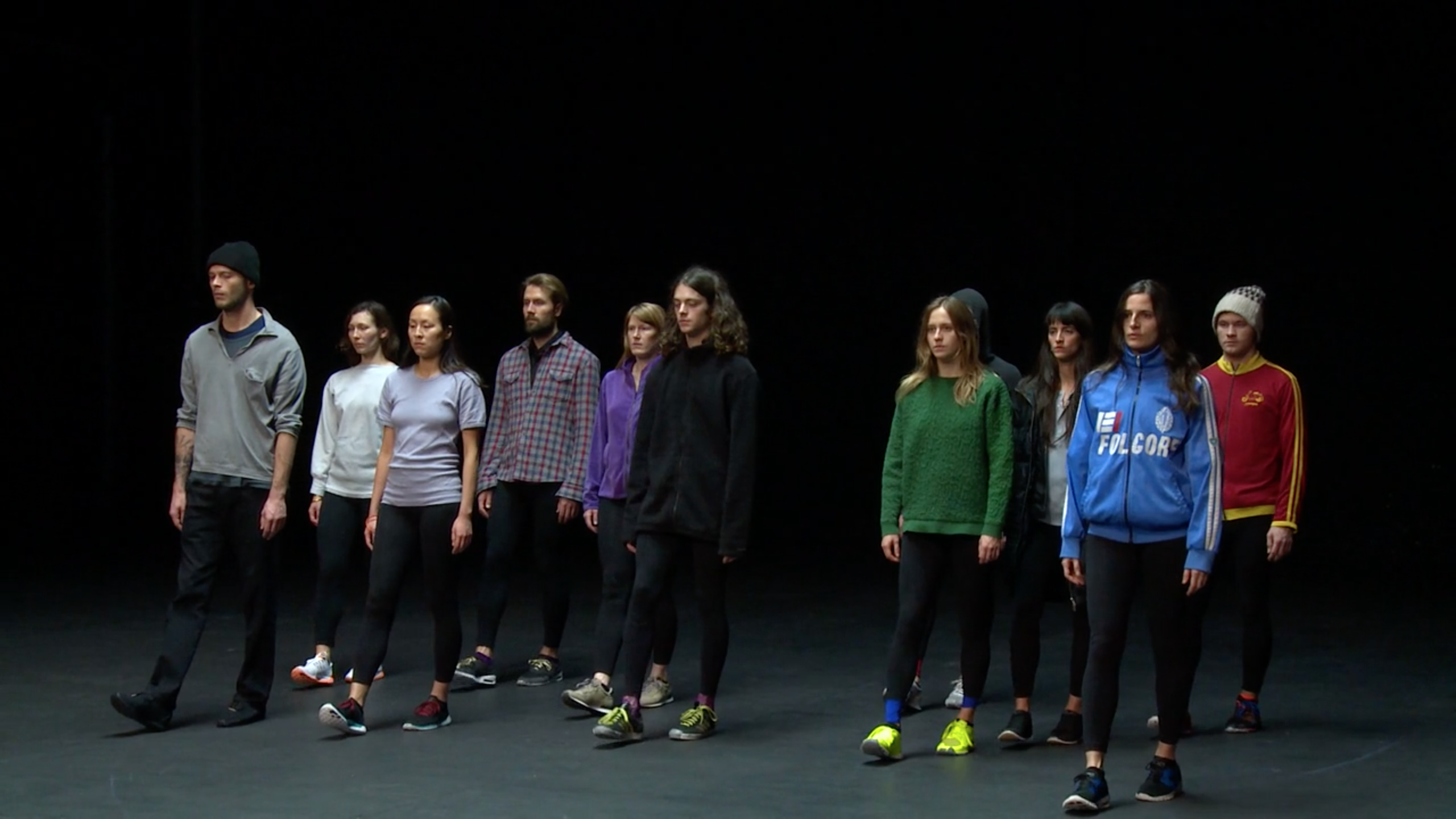 The twin title — Golden Hours or As you like it — uncovers a theater play in a dance, a meeting between Brian Eno’s album Another Green World and Shakespeares queer comedy As You Like it, a playabout an idyllic golden world of the Forest of Arden into which lovers flee from a corrupt court.

What happens when the speaking in Shakespeare’s rhythms and poetic imagery becomes dancing, or turns into movements, steps and gestures, as well as intentionality and attention emanating from the thinking bodies? How is listening to a talking-dancing partner, who nonetheless remains mute and wordless, embodied? A plot of gazes, hands and feet sticking out of enamored bodies unfolds an enchanted world of characters and their whimsical manners. For this performance, De Keersmaeker explores a cast of eleven young dancers sparking their idiosyncratic movement expressions in a rich, colorful and energetic dancing palette. Striking a delicate balance between formal abstraction and concrete gesture, they dance their intricate entanglements through and through, their masquerade and games of seduction, attraction, repulsion, misunderstanding and silliness. One is absorbed by the intensity and sensuality of a bright but gently ironic world whose language doesn’t need deciphering to be grasped, yet isn’t pantomime.