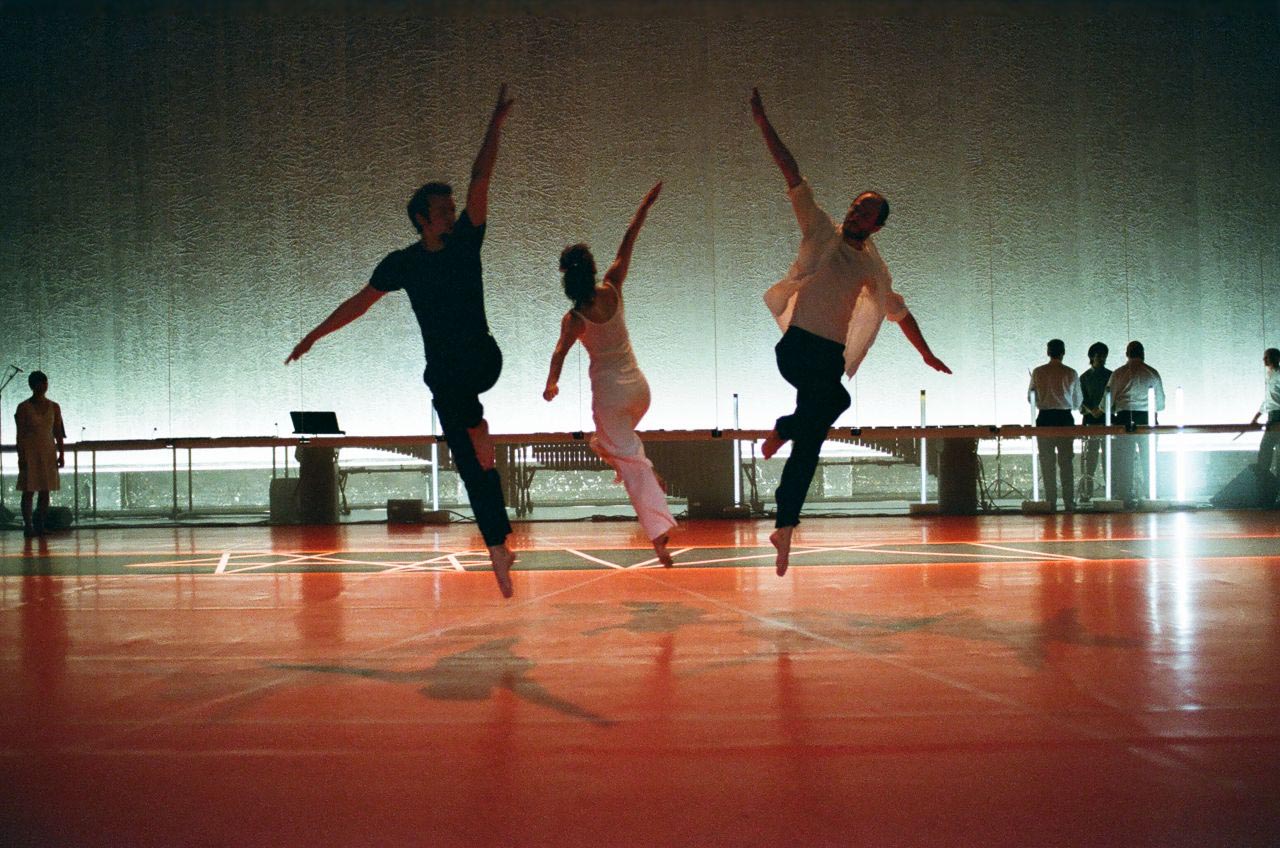 Drumming (1998) is undoubtedly one of Anne Teresa De Keersmaeker's most fascinating choreographic works: a dazzling dance set to a powerful score for percussion by the American minimalist Steve Reich. Reich's work had provided De Keersmaeker with a guiding musical thread ever since Fase (1982), her debut as a choreographer. Reich wrote Drumming in 1970-71, shortly after a study trip to Africa. The scored is based on a single obsessive rhythmic motif: it multiplies and develops into a rich variety of textures. A composition in which, in addition to skins, wood and metal, one also hears the subtle presence of voices. In this work Reich takes to the extreme the technique he had previously applied in Piano Phase (a part of Fase): by accelerating, the musicians almost imperceptibly 'disrupt' their unison playing, which gives rise to an endless interplay of canons, each reflecting the other. The Ictus Ensemble bring this compelling score to life with breath-taking precision. In her choreography, Anne Teresa De Keersmaeker preserves the spirit of the score and at the same time enriches it: just as in the music, the complexity of the choreography arises out of a single phrase of movement to which endless variations in time and space are applied. It is only when the drums fall silent and the bodies come to a standstill that the spectator realizes what he has witnessed: a stunning journey, a wave of pure dance and pure sound, a vortex of life energy.