You can read the full text on the website of Sabzian.

Jean-Guihen Queyras: So I wrote this C minor in the middle of this first bar. Technically, nothing tells us it’s C minor on the downbeat already…. So where to write the C minor? I, personally, play it from the downbeat. But it’s true that it’s interpretation.

Anne Teresa De Keersmaeker: It’s movement, no? How do you measure the intensity towards the change?

The first scene opens onto a large empty dance studio, in the middle of which we can see a single stool. At the back, on the other side of a bay window, large trees are moving, twisting in the wind. On the floor, we can discern coloured curves drawn on the dance mat. Empty space, conducive to all projections: the silence of the set filled by the muffled sound of the wind, the evenness of the stage and the large masses of plants rocking irregularly. Two men enter. One of them is carrying a cello. He takes a seat and starts playing Bach’s first cello suite. By his side, the other man slowly starts to move – he sways slowly and we don’t know if he is moving to the rhythm of the bow or of the trees. 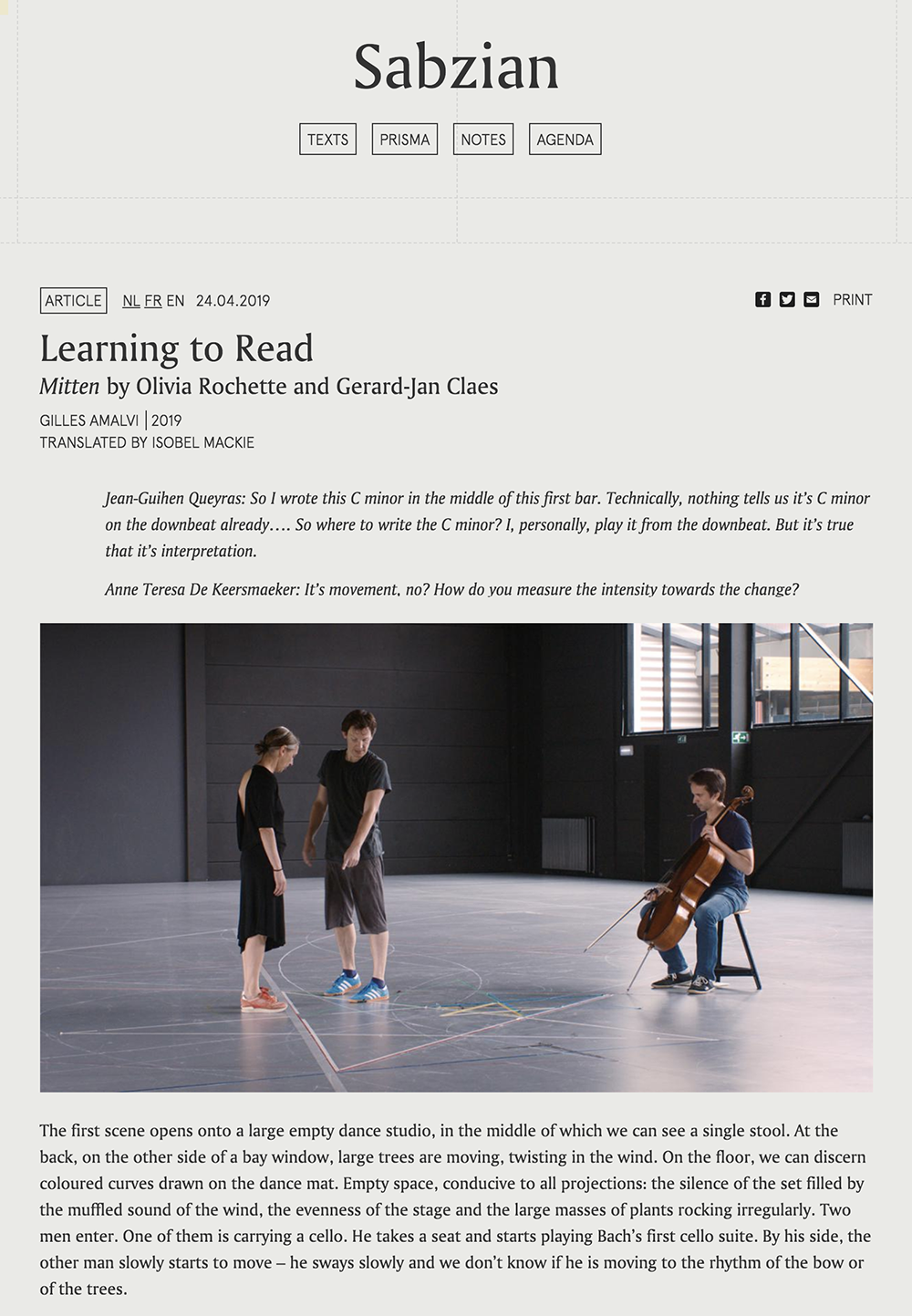