You can read the whole interview on the website of Sabzian.

Floor Keersmaekers: Can you tell us something about the way this project came about?

Gerard-Jan Claes: Anne Teresa De Keersmaeker asked us to make recordings of the rehearsal process. Both Jean-Guihen and Anne Teresa felt the need to record this exceptional collaboration between choreographer, dancers and musician. They found that a thorough inspection of the score revealed something special, a longing for precision, and they wanted to preserve some traces of that. Anne Teresa wanted us to film on the days Jean-Guihen was present as well because to her, the focus needed to be on their joint work process, together with the dancers. The other aspects to the development of a production were of secondary importance in that respect.

Olivia Rochette: We filmed during a specific period in 2017: a few separate days in June and the last week of rehearsals in July at Rosas as well as the week before the première in Gladbeck, in late August. 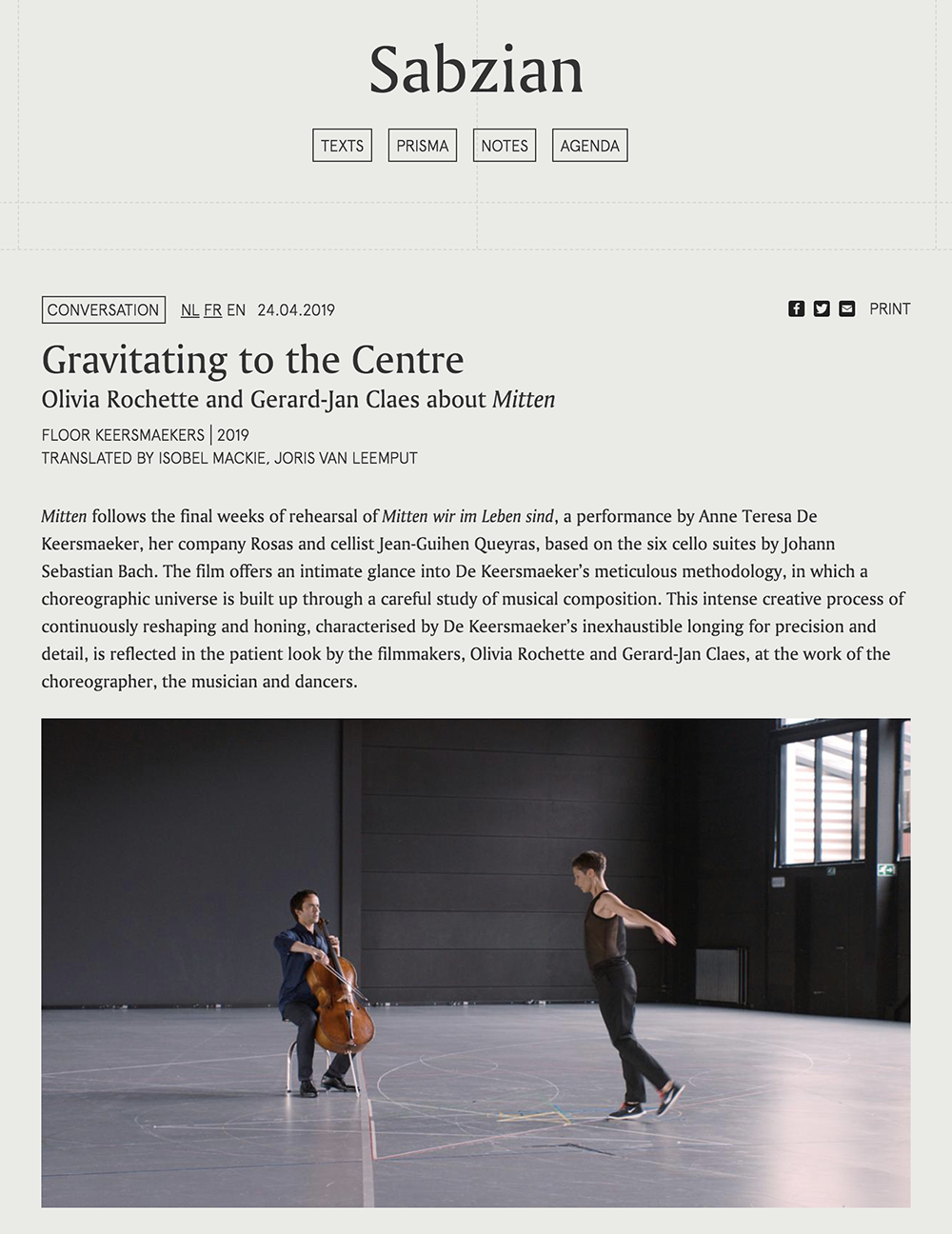