Open Streaming During the Lockdown

Our film Rain, a full-length documentary about the transmission of Anne Teresa De Keersmaeker’s contemporary choreography to the classically-trained ballet dancers of the Ballet de l’Opéra national de Paris, is currently available for free viewing. In addition to our own work, we’ve made about twenty live recordings for the Rosas dance company since 2009. Some recordings, which normally serve as vision or archive material, are exceptionally available to the public as well.

In the meantime, we hope that everyone remains in good health.

On 25th May 2011 the world-renowned Ballet de l’Opéra national de Paris presented Rain, its first ever performance of a choreography by Anne Teresa De Keersmaeker. The filmmakers Olivia Rochette and Gerard-Jan Claes followed the rehearsal process from the auditions to the opening performance. The documentary focuses on how De Keersmaeker and the Rosas dancers convey the dance idiom of the choreographer to the classically trained ballet dancers. The rigidity of ballet gives way to another kind of severity, namely the mathematical pattern of Rain, which, however, conceals a powerful emotional layering. A poetic documentary about searching, looking and hesitating within the walls of the opera, which at times can be claustrophobic.

You can find more information about the film on our website.

This free version includes only English subtitles. Rain is also available for rent with Dutch or French subtitles on Avila.

A commissioned work for the Rosas dance company: a live recording of the performance Rain in 2016 at the Cirque Royale in Brussels. With this vibrant choreography, Anne Teresa De Keersmaeker returned to two of her great loves: pure dance and the minimalistic music of Steve Reich.

You can find more information about the piece on the website of Rosas.

A commissioned work for the Rosas dance company: a live recording of the duet by Anne Teresa De Keersmaeker and Boris Charmatz, to Bach’s second violin Partita, performed by Amandine Beyer, filmed at the Festival d'Avignon in 2013.

You can find more information about the piece on the website of Rosas.

A commissioned work for the Rosas dance company and France Television: a live recording of Cesena, filmed in the Cour d’Honneur during the Festival d’Avignon in 2011. Starting at 4.30 am in the morning, against the historical background of the Cour d’Honneur in Avignon, Cesena heralds the start of the day. The stage is shared by nineteen dancers and singers who explore the limits of their ability. Dancers sing and singers dance, in dialogue with the wilful 14th-century scores of the Ars Subtilior. A collaboration between Anne Teresa De Keersmaeker, Rosas, Björn Schmelzer and his graindelavoix ensemble.

You can find more information on the website of Rosas.

A commissioned work for the Rosas dance company: a live recording of En Atendant, filmed in the Cloître des Celestins during the Festival d’Avignon in 2010. An encounter between dance and the Ars Subtilior: a complex and intellectual form of polyphonic music from the 14th century that is based on dissonance and contrast. Ars Subtilior developed on the ruins of the plague and the Church at a time when the social, political and religious pillars of mediaeval society were fragmenting. Nowadays this upheaval seems more relevant than ever. In the light of today’s increasingly confusing events and the complexity of the choices we face, the question of our mortality and physicality is becoming ever more crucial.

You can find more information on the website of Rosas.

Last year our film Mitten had its release in Belgian cinemas. Mitten follows the final weeks of rehearsal of Mitten wir im Leben sind, the performance by Anne Teresa De Keersmaeker, her company Rosas and cellist Jean-Guihen Queyras, based on the six cello suites by Johann Sebastian Bach. Some screenings were preceded by Het Gerucht: Rosas danst Rosas, a short documentary about the creation process of Rosas danst Rosas, the performance that forced Anne Teresa De Keersmaeker’s international breakthrough and has become a benchmark in the history of postmodern dance. This documentary, directed by Stefaan Decostere for the BRT cultural programme Het Gerucht [The Rumour, ed.], uses fragments of rehearsals and interviews with De Keersmaeker and composer Thierry De Mey, offering a glimpse of the choreographic creative process in which repeated abstract movements play a key role.

Go to Avila to rent our films Because We Are Visual and Grands travaux, or visit Sabzian.be for hundreds of articles on cinema for free! 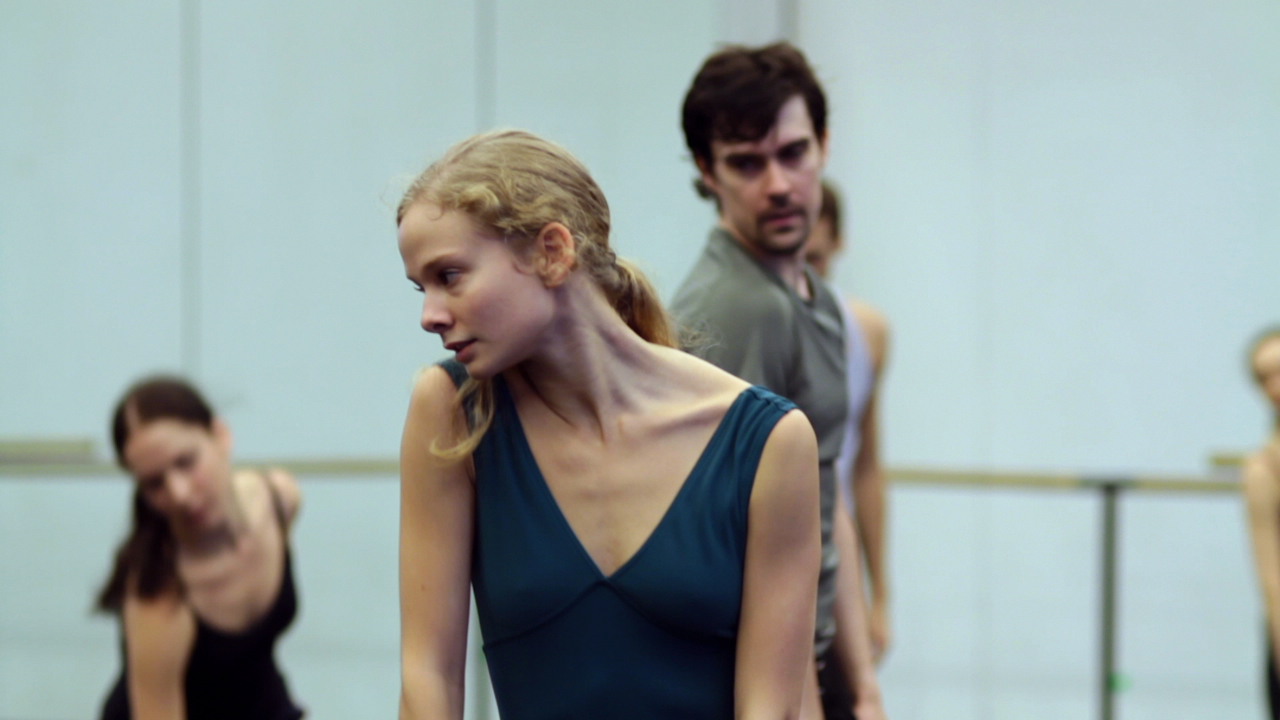